Prior to carrying out the physical drilling of the water well, our company have the expertise and equipment to carry out a resistivity survey to locate the best possible spot for ground water well exploration.

Airborne survey - SkyTEM system was originally designed for hydrogeological purposes. The system has now been adapted to suit the demands for mineral exploration. Since 2003, the system has been used on a commercial basis.

The low internal noise and the fact that no levelling, bias corrections or other corrections are involved, results in very reliable and high resolution data. As a result, data can be inverted to produce quantitative cross sectional imagery can be over depth ranges of less than 20m up toin excess of 250m in some environments.

Key applications which benefit from such a capability would include mapping salinity, salt water intrusions, paleo channels (e.g. uranium), geology, nickel laterites and channel iron deposits (CID’s). For the first time, it may be possible to define some mineral deposits with the accuracy required to progress directly from airborne mapping to drilling

Since the system is relatively light, self-contained, mounted on an external sling and does not use the helicopter power, it is easy and safe to deploy.

ELECTRICAL RESISTIVITY SURVEYING is a geophysical projecting operation in which the measurement of earth resistivity is created from the ground surface. The relative value of electrical resistivity is interpreted, under certain conditions, in terms of the general geology of the subsurface to limits depths. This method has been used in ground water exploration since the early 1930s.

Generally, various types of earth materials exhibit certain ranges of the resistivity values. Using four electrodes that is set in the ground, the apparent earth resistivity is determined by measuring the voltage drop between two interior electrodes when current is passed though the earth between the outer electrodes. The most common arrangement is the Wenner Configuration (as shown below) with the electrodes equally spaced along straight line. 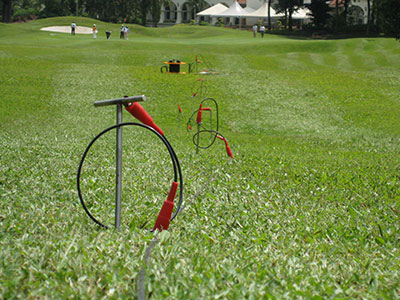 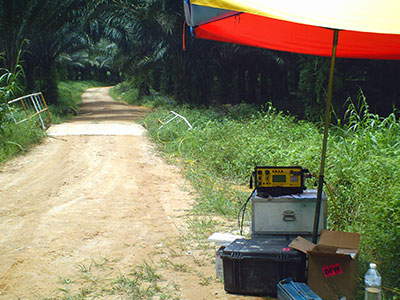 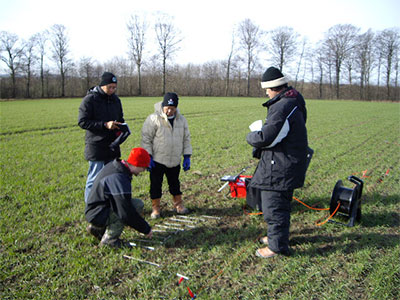 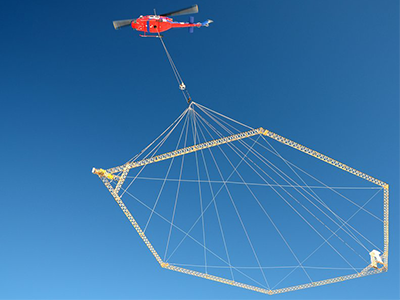 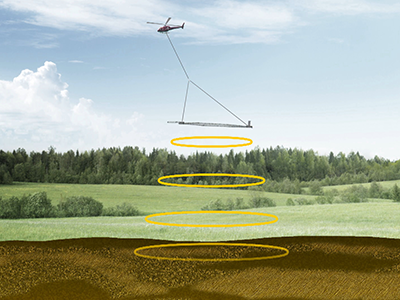 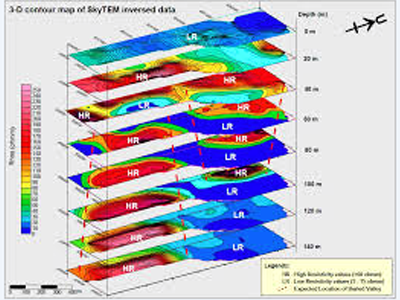 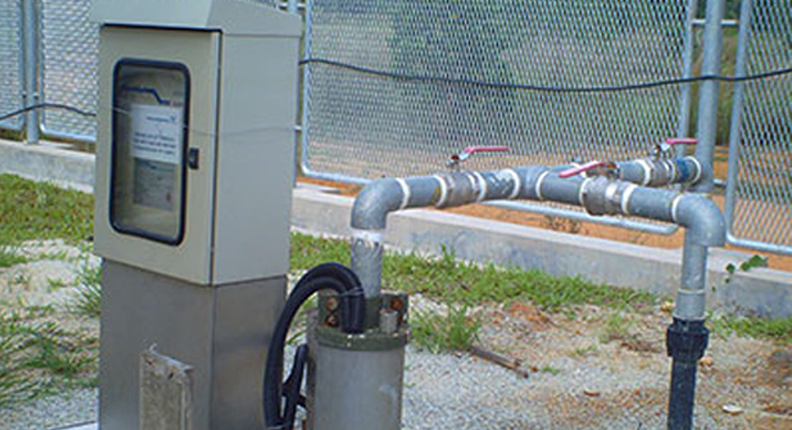